Hello everyone and welcome back on 95mtg.com!
Today I’m going to analyze the evolution of the Modern Metagame in recent tournaments.

This is a chart where you can see which are the decks with a major presence in the Online Modern Events’ Top8. 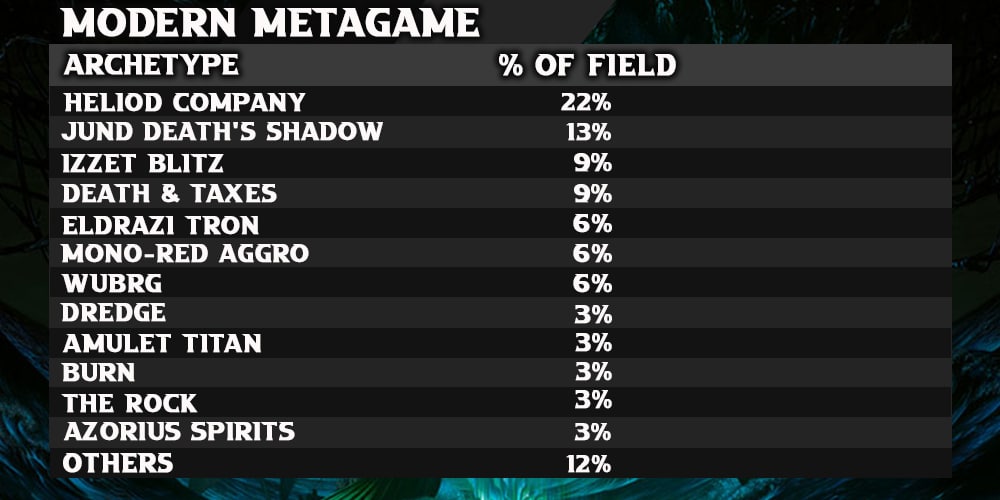 As you can clearly see, Heliod Company is the most represented deck among the various Top8, as it’s almost doubling the percentage of the second in the ranking (Jund Death’s Shadow).

Why is Heliod Company that good?

This deck looks like one of best Modern creature-based combo deck ever, with two particular strengths: flexibility and resistance. 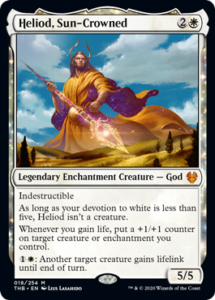 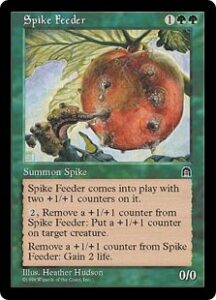 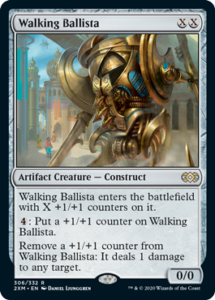 It has flexibility thanks to its creatures that let you easily adapt to the Opponent’s strategy: you can win by gaining infinite life with Spike Feeder / Heliod, Sun-Crowned combo or by dealing infinite damage with Walking Ballista and Heliod. 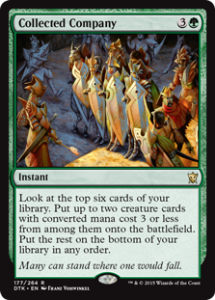 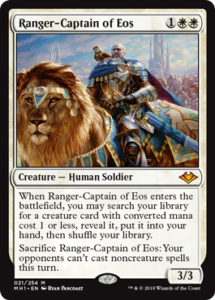 It has resistance thanks to cards such as Collected Company and Ranger-Captain of Eos, that make you suffer disrupting effects less while helping you in developing your combo many times during a single game.

The fact that it also has a great matchup against red-based decks makes it currently the most complete deck the current Modern Metagame.

Does this deck have any weaknesses?
The answer is yes: its own combo! What does that mean?

In a tabletop event, once the combo is assembled, you can declare any number of life earned or any number of damage dealt so decks that can’t beat a huge amount of life will immediately concede.
The same isn’t true for online tournaments as you’ll have to deal with your own clock and doing the combo can waste you a lot of time.
That’s why, even if you go to 500 life against Burn, you might have to find a way to actually win the game as your opponent won’t necessarily concede in order to make you spend as much time as possible.

My advice is to do a lot of training matches to learn how to assemble the combo as fast as possible before submitting this deck in any kind of tournament.

Let’s talk about the second deck in presence in the Top 8 of this current Modern Tournaments Metagame: Jund Death’s Shadow!

Early versions of Death’s Shadow‘s Decks had always the same problem: the lack of real threats besides Death’s Shadow (and sometimes Gurmag Angler). 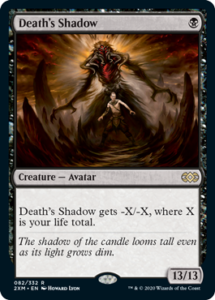 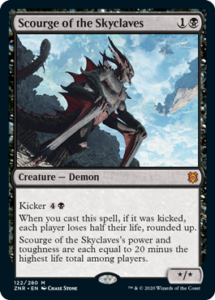 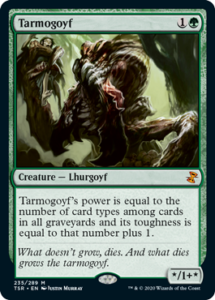 Now, mainly thanks to the print of Scourge of the Skyclaves, this archetype can count on a very high level of card quality.

In order to play this type of deck at its best, you need to have a great knowledge of the Modern Metagame to know how to approach the individual matchups.
A deck with all these choices in the first turns can exalt players’ skills or prove their weaknesses.

At the last step of the podium we can find two different decks known as Izzet Blitz and Death & Taxes.

3
Light Up the Stage
3
Serum Visions

In a format without Uro, Titan of Nature’s Wrath, this deck looks great but as long as Heliod Company (with 4 Auriok Champion in the main deck) remains the most played deck in the Metagame, I wouldn’t feel safe registering this deck for a Modern Tournament. 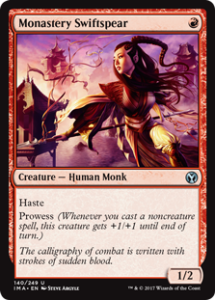 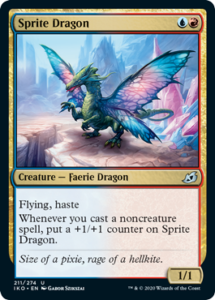 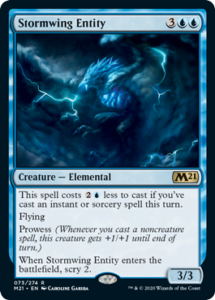 Compared to the Mono-Red version, the deck turns out to be slightly slower but the presence of Stormwing Entity guarantees much more resistance against the two most played removal spells in the format (Lightning Bolt and Fatal Push).

If you think of Aether Vial as of your companion, this is the right deck for you!
Personally I love this archetype, but I have to admit that the matches where you cast Aether Vial on turn 1 and those where you don’t, can’t be compared. 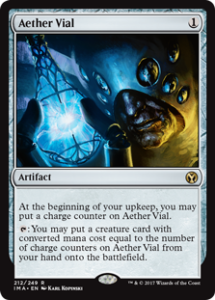 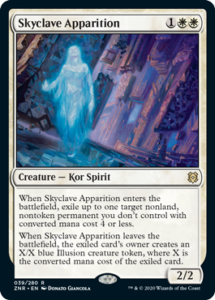 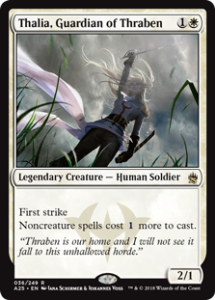 This is the deck where the strongest white creature in Modern shines the most: Skyclave Apparition! 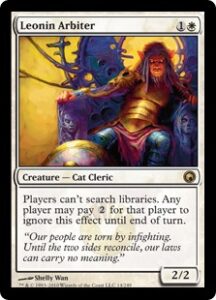 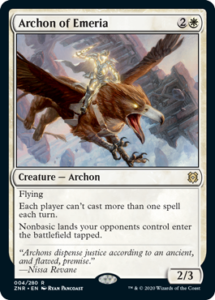 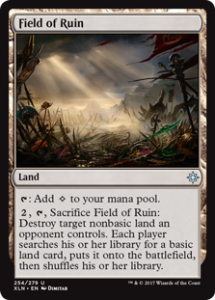 What this deck tries to do is to mess with Opponents’ Manabases thanks to an incredible pool of cards like Leonin Arbiter, Thalia, Guardian of Thraben,  Archon of Emeria, Field of Ruin and Ghost Quarter while trying to win the game with Stoneforge Mystic and her Equpiments.

That’s all for today, stay tuned on 95mtg.com to not miss any further content while I’ll see you next week with a new article! 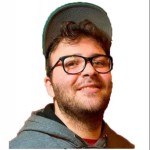 The Best Deck in Modern