This upcoming weekend marks the second-ever MTG Arena Sealed Open. While my focus is firmly only Strixhaven Standard and Historic, I couldn’t just ignore such a sweet Limited format.

The Learn/Lesson mechanic combined with excellent mana fixing makes this Limited format a slugfest. While you can get caught with a slow hand now and then and get run over, I firmly believe you should be looking to grind out your opponent more often than not.

The only problem is that having so many rares means you can’t predict who has the better end game given the strength and build of your own deck. This makes for tons of crucial decisions and interesting gameplay. 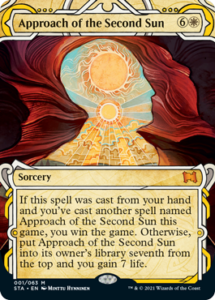 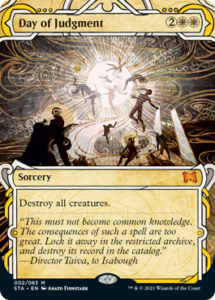 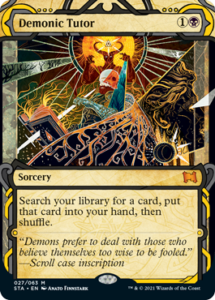 Mystical Archives give you opportunities for even more rare power level cards, which makes it tricky to play around everything. Below are a few notes I put together.

-Creatures that don’t provide immediate value are mostly worse than they look.

Someone once described this format as “All Mulldrifters”. This isn’t too off base. There are plenty of cards that provide additional value when cast and generate another card worth of advantage. 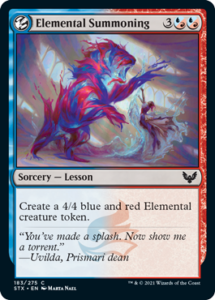 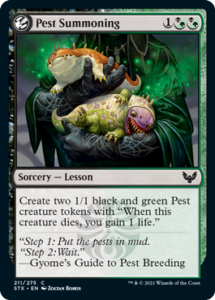 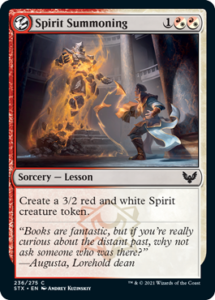 The Lesson creatures are serviceable at their rate, so you should play as much removal and interaction as possible, and then lean on closing the game out with whatever tokens you have. This punishes people playing the classic good curve and combat tricks because, not being on the Mulldrifter plan, eventually they’ll run out of threats. This makes it easy to close out the game with a couple of Elemental or Spirit tokens.

The real Lesson is the creature tokens we Learned along the way, right?

Thanks to the Mystical Archives, there is a lot of cheap and efficient removal in this format, so it’s difficult to ride a creature or two to victory. It’s hard to get under your opponent when you’re staring down Lightning Bolt, Rip Apart, Shock, Lightning Helix, Eliminate, etc. 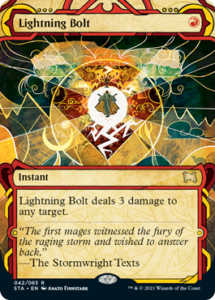 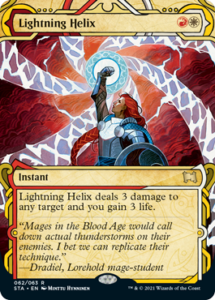 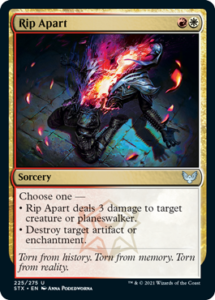 Generally you’re going to be trading resources, which worsens combat tricks, especially ones without Learn. With Learn you can “cycle” on an opponent’s creature to find a bigger threat in a stalled game. Losing these exchanges is how you lose in this format so it’s not advisable to cast combat tricks into open mana. However, cards like Snakeskin Veil are much better than they have been in the past for this very reason. They protect your best threat, trade up in mana often, and leave a little something extra behind for you.

-Try and play as many rares and powerful cards as possible. 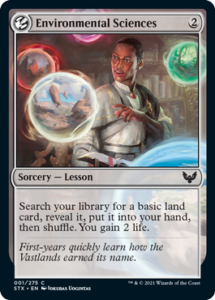 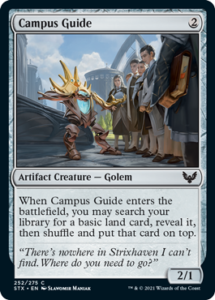 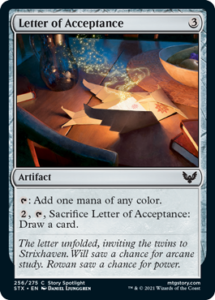 You won’t get punished if you get too greedy in this sealed format. There’s so much fixing, life gain, and value that it’s hard for aggro decks to overcome slower decks, so it’s best to build to play the long game. The Learn Mechanic helps you consistently cast spells and add to the battlefield while developing and drawing the mana for a bomb to splash. Other formats have good fixing, but this is the first time we’ve been able to push a card like Environmental Sciences to the limits because it’s present in a high volume of games.

-Pay attention to your Lessons when building a mana base. 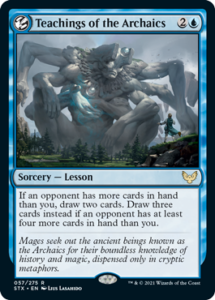 Occasionally you’ll have a nice Lesson, like Teachings of the Archaics, in your sideboard that you may want to access. I wouldn’t put an Island in my deck, but if you’re playing with an Abzan deck, it’s worth playing a Quandrix Campus just for this Lesson and a little Scry action. You’ll likely have a few Learn spells so you’ll want to make sure you can cast Teachings since having a few Learn spells will give you access to the card.

-Hard counters are great, soft counters not so much.

Cards like Counterspell and Negate are great because you rarely run out of spells, and many of the better ones provide multiple cards in value. Even Duress is a good card to main deck given it triggers Magecraft and basically can also take on creatures with all the Lessons we have to deal with. 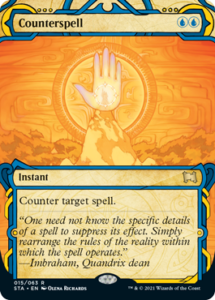 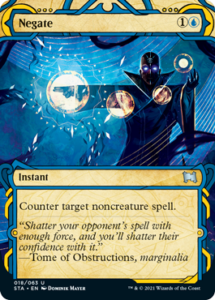 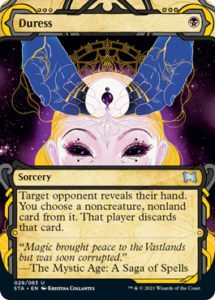 Reject’s biggest problem is while you leave up your two mana planning to give them the Mutumbo finger wag, they just play a Sorcery that makes a creature token and you fall behind on the board. This can happen multiple turns in a row, making the card too situational. It’s useful if you need to fill your deck and don’t have enough early plays or you see some high value targets from the opponent, but it gets more useless as the game progresses. 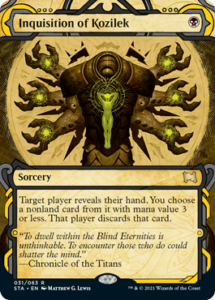 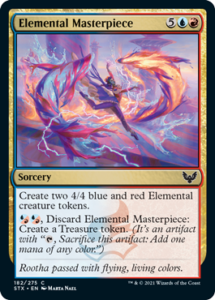 As a side note, cards like Duress are much better than you’d expect. Keep in mind that almost every player will have creatures that are Duressable in the form of summonings so you usually won’t just draw it as a dead card and casting it early can provide valuable navigational information. While I have not had Inquisition of Kozilek in a deck, I assume it would be similar to but worse than Duress because you can’t take a card like Elemental Masterpiece with it.

-Don’t worry too much about artifacts and enchantments. 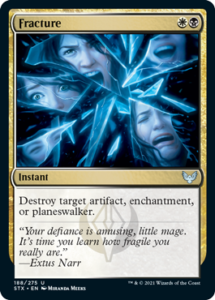 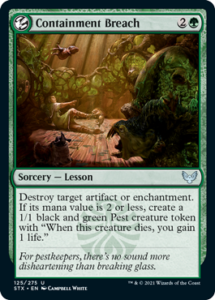 Fracture is rarely going to get something worth a whole card in this format. You will often get access to a Lesson that can deal with troublesome artifacts and enchantments, and there are a few bangers at rare you may lose to, but in most matches you’ll just have a dead card. There’s not a bunch of Aura-based removal, so just leave your Disenchants at home. 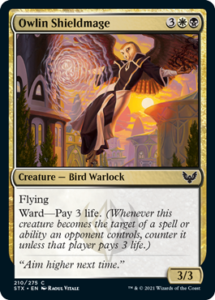 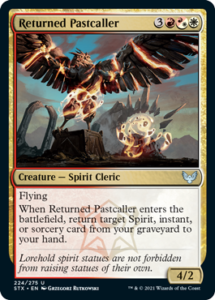 This isn’t a format where the board stalls and the person with the biggest flier wins. Pest tokens can bind up the ground, and surprisingly, fliers or evasive creatures aren’t important in Sealed. Due to the amount of removal, the games revolve around not running out of spells, and you win when your opponent’s spells run dry. The ground can stall but not as often as it’s just empty or nearly empty.

-One toughness is a liability.

When playing cards like Waterfall Aerialist, I needed to close quickly with it because my deck had a lot of removal, and I needed some way to manage the pest tokens. My “filler creatures” needed two toughness or more. 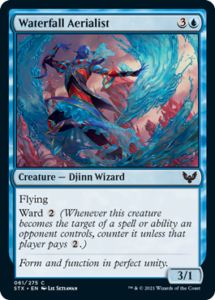 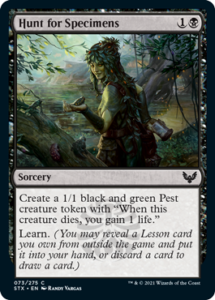 A way to lose with a deck full of removal and card draw is being forced to use your removal on something harmless, like a Pest, because you can’t contain a couple tokens. If you’re playing a reactive deck, analyze the contents of your deck and Lessons to ensure you won’t get run over by turn two Hunt for Specimens into turn three Pest Summoning.

-Try to avoid putting Lessons in your deck. 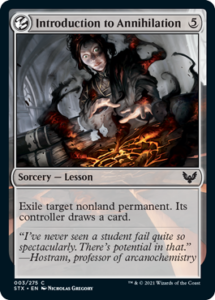 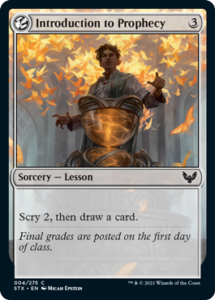 My opponents would cast Lessons, and I looked at their graveyards to see what I missed, but they were just casting cards like Introduction to Annihilation out of their main deck. I could concoct scenarios where putting Lessons in your deck would be useful, but these are unlikely and rare scenarios. Lesson cards are weak spells, but they’re valuable when they’re “free to draw spells.” When in doubt, leave it out. 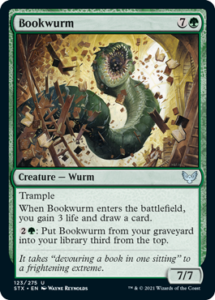 There’s no mana value that’s too high in this format. This format is about high power level, so shove those 7 and 8 drops in your deck like they’re Hexplate Golems and you’re LSV.

I hope you found these tips about Strixhaven useful for MTG Arena Sealed Open. I’d suggest building some practice pools as there can be a lot going on in builds. I felt much more comfortable building my third deck than my first.

While a lot of sealed formats are slow, this one felt especially grindy. With a few exceptions, the power level is fairly flat. Because of the Mystical Archives, you have a lot of chances at some of the better cards, and you’ll likely work with some powerful tools.