This past weekend, I had the luxury of being qualified for the upcoming Pro Tour and didn’t have to fly to Atlanta to earn a slot. I could have gone to the RC knowing that it was only a two-slot Worlds Qualifier. Fresh off of Worlds and a bout of Covid, I felt like staying home and taking it easy.

That said, if this deck I’m going to show you would have panned out just a little better, I think I’d have made the flight, as this deck showed a ton of promise.

I was invited to join a few testing team discords as a casual consultant. I’d made some suggestions for ideas, watched a few matches, and was there mostly to help theorycraft. Burned out from excessive Worlds testing, I was happy to take a more hands-off approach.

Both discords seemed to be into a similar idea, and it was cool to watch them develop and eventually dismiss the same deck for similar reasons. It’s rare you get that opportunity. That said, the deck is still good and even finished in the top eight of the Dreamhack Atlanta Regional Championships.

Here’s something close to the list we were excited about:

While the deck isn’t completely optimized, it’s a deck that mostly has polarized match-ups. It’s medium against specific cards like Temporary Lockdown, Skyclave Apparition, Thalia, Guardian of Thraben, but it’s also as good as it gets against Mono Green Devotion. 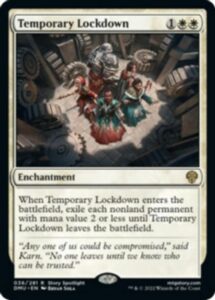 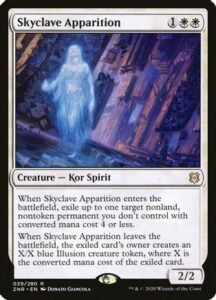 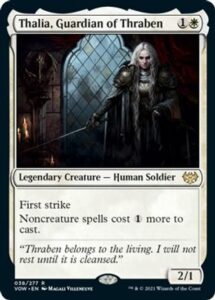 Hands with either of your two-drops against green are easy. Green isn’t fast enough to keep up with a 10-power Double Strike with trample.

The deck has issues against Thing in the Ice, but otherwise, the Phoenix match-up is solid. 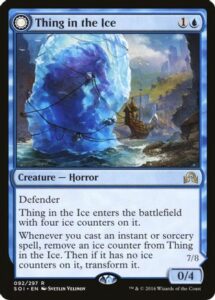 Generally, your suite of threats is what makes you good or bad in a match-up. Hexproof creatures like the main deck Gladecover Scout and the sideboard Bassara Tower Archer are what you want against decks like Rakdos Midrange and Phoenix. The Light-paws and Illuminator Virtuoso are what you want against Green Devotion and Lotus Field combo. The more interactive your opponent, the more hexproof matters, while goldfishing is more important elsewhere. 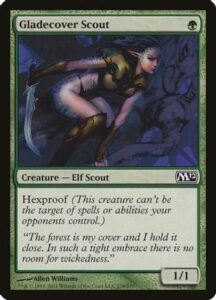 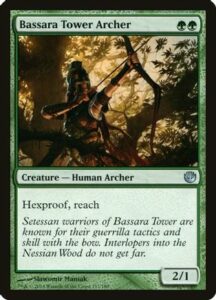 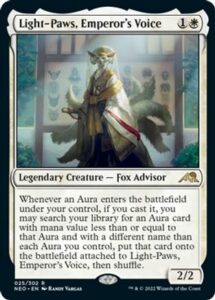 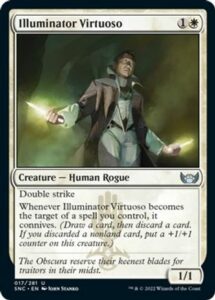 Michael Letsch put up a top eight performance in the Altanta RC with a similar list that had Jegantha. One team I tested with had Jegantha, but the other team didn’t want it because in many match-ups it would never turn a loss into a win.

Jegantha is probably worth playing, especially if Paradise Druid, a card neither team tried but Michael Letsch had four copies of in the main deck, is worth the slot. It’s mostly a full-time hexproof creature when combined with Sentinel’s Eye’s Paradise Druid, so I could see it being better than the Bassara Tower Archer Fiendslayer Paladin stuff that other teams tried. 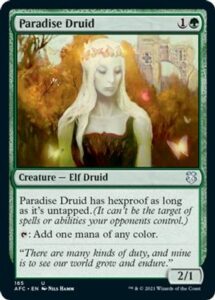 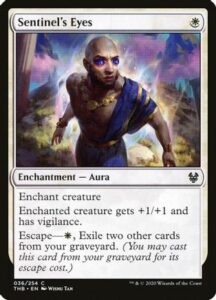 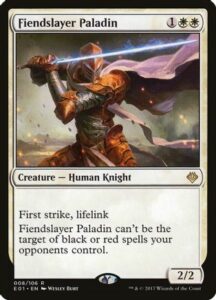 As for sideboarding, the deck is much better at doing so with open decklists like at the RC. You want to bring in all your enchantment removal if playing against Temporary Lockdown, as killing it gets you back to where you started. Understanding the threats you want in specific match-ups and mulliganing appropriately is most important.

Generous Visitor is another card that can amplify the pressure, but it fell short. Selfless Savior serves as a proactive protection spell for high impact two-drops that are really what you want to be doing. Generous Visitor is usually not good enough alone without a two-drop, so when you draw them together you’d rather draw some protection. The Loran’s Escape are a concession to the open decklist format, and if you’re playing with the deck in closed lists, you can swap for the fourth Savior. 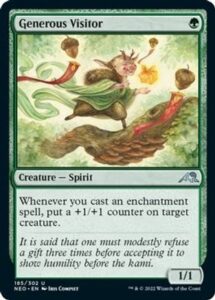 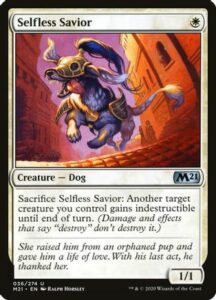 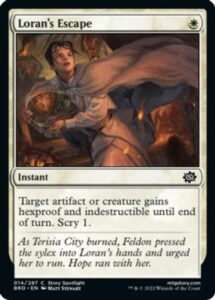 We didn’t find the deck needed a card like Rest in Peace, as it’s simply trying to be linear and proactive, not disruptive. 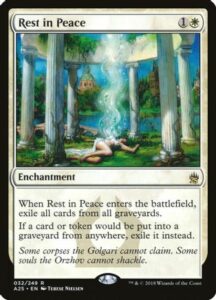 Sram, was a card both teams tried, but it was cut or trimmed by both teams. It wasn’t about rebuilding or card velocity. Instead, it was about your first threat getting the job done before the game got out of hand. You didn’t have time to play long games in a lot of match-ups, especially with such a painful manabase. It’s possible a small number of Sram, like one or two, is still correct, but you want your threats to be the best in each given match-up, and Sram isn’t the best threat in any match-up, as it’s no Kor Spiritdancer. 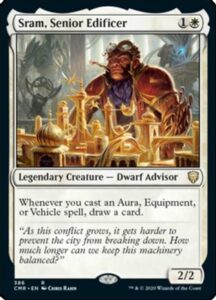 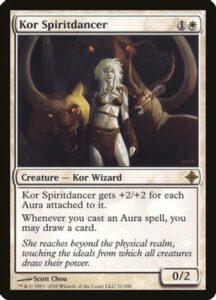 Overall, the deck performed above expectations in the important match-ups we pinned as Mono Green, Phoenix, and Rakdos Midrange. It lacked against decks like Keruga Fires, control, and Mono White aggro. If you’re looking for a new deck to try, this is certainly worth a shot, and in a more narrow metagame event, this may be one of the best decks in any given tournament. I have my eye on this one looking towards the first Pro Tour back.

If something in Mono Green gets banned, this deck will become a lot worse because it’s built to pray on the devotion strategy and has too many bad match-ups if 20-25% of the metagame disappears.

By the time both teams I was working with decided to not play this deck, I made my choice to stay home and would have chosen to play either Keruga Fires or Phoenix despite having played no games with either. I decided to stay home since I didn’t have a unique angle of attack for the event, the event was low value to me, and I wanted to relieve some of the burnout going into the holidays. However, this deck had me looking up flights. I would have been in Atlanta this past weekend had things broken a little differently or if there were a few more minor improvements.

Having a new deck in a tournament that people are inexperienced against and underprepared for is a huge edge and a good reason to try and brew and find new archetypes, rather than just to play the best deck. Mono Green Devotion puts a squeeze on the metagame because you need to beat it a reasonable percentage of the time and it’s never present in large enough quantities to play something that crushes it, like this, unless you happen to find good match-ups in more places. Pioneer reminds me a lot of Modern in the good old days of Jund and Splinter Twin. Rakdos is like the Jund, and Green Devotion is Twin. Eventually, an idea, a banning, or a printing is going to shake things up and break the entire metagame wide open. While this deck didn’t do that, it’s still a reasonable choice.

The Best Decks of the Moment

A Pioneer Deck to Play 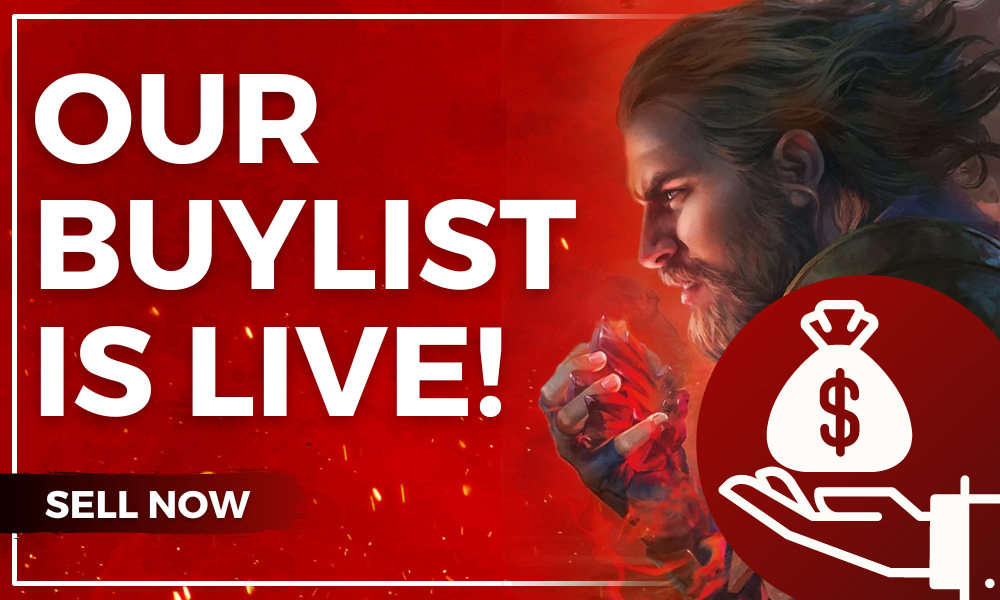