This week I’ll be going over that thing everyone on Twitter was talking about. No, not Will Smith slapping Chris Rock. That other thing.
The Pro Tour is back! An exciting, yet predictable, outcome of the latest OP announcement. After the turmoil the competitive Magic community has gone through, it was going to be easy to win them over. Simply slapping the name Pro Tour onto a haphazard system would have sufficed, however the new OP system is more than that. It’s dynamic, easy to understand, and only has a few small downsides.

At the local level, we have events back in the form of Regional Championship Qualifiers. These events will be much like Preliminary Pro Tour Qualifiers—smaller scale and mostly fixed to locals who don’t have to travel too far. This is a much needed, incredible step for players and local game stores that can run these events. As far as the system is concerned, I have no issues with this step of the ladder. It’s very close to ideal. 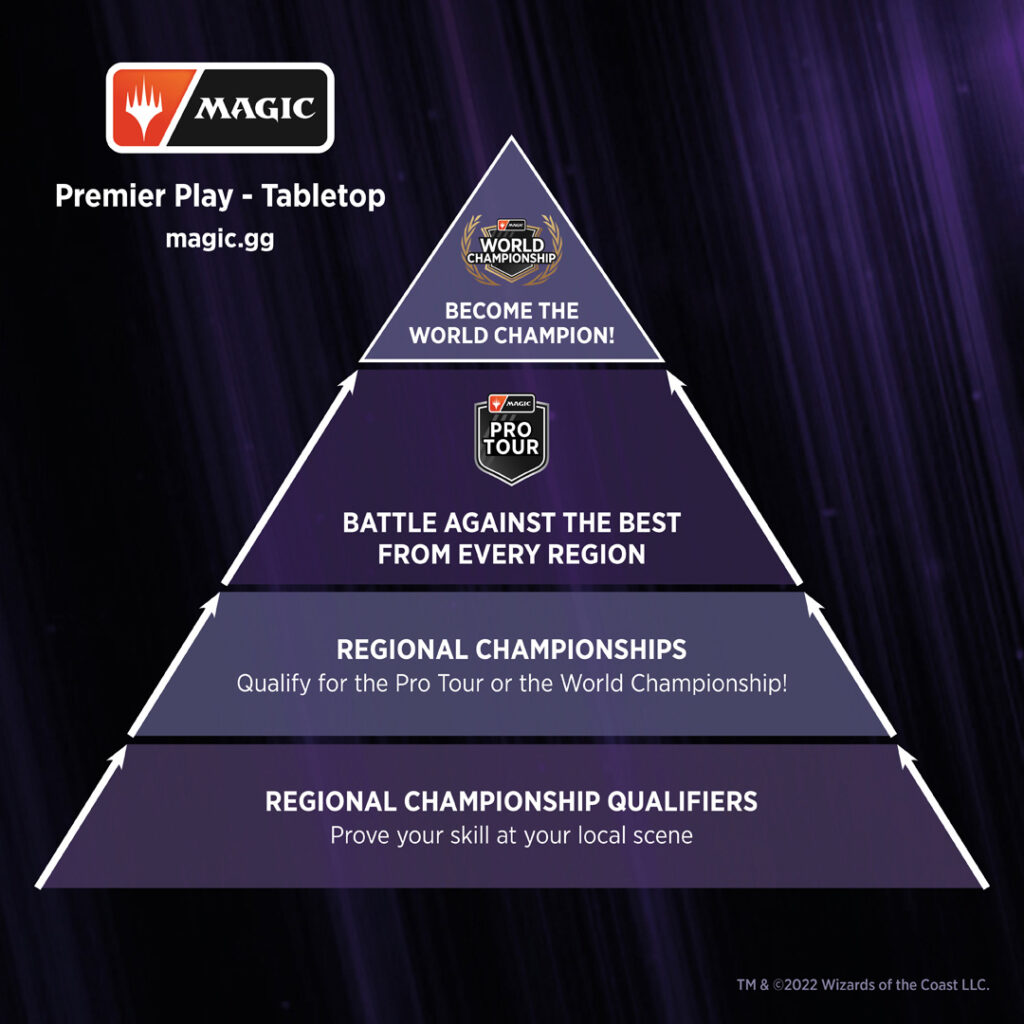 The next step is where I have a majority of my nitpicky issues—Regional Championships. Regional Championships are essentially a new level within the system. To simplify it, this is like a combination of Regional Pro Tour Qualifiers and Grand Prix combined. It uses the old, pre-Covid criteria for MagicFests where the winners (first and second in the U.S., maybe only first in other regions) get invited to Worlds. In Magicfests the Grand Prix winner is invited to the Pro Tour Finals. Regional Championships also award some number of Pro Tour invites based on region to the top X finishers. In the U.S., it’s 48 invites for the first year to the Pro Tour. That’s a hefty amount, which means you’ll be playing meaningful Magic deep into the event, even if you’re not at the top tables.

There are a few things I don’t like about this level. For one, it narrows your chances at playing a Pro Tour into this one single event. A few bad pairings in a row? Not playing this Pro Tour. This disrupts the continuity we were used to with the Pro Tour. The gravy train was my first goal after qualifying for my first Pro Tour. It’s not impossible or even that difficult to get and stay on the Pro Tour since it can be done with a sub-50% win rate at Pro Tours. However, it’s a weird system that I’m not used to, and after a few years, strong players who want to participate will be able to chain Pro Tours together. Once you have a couple of qualifications lined up, you’ll get to keep playing if you do fairly well. 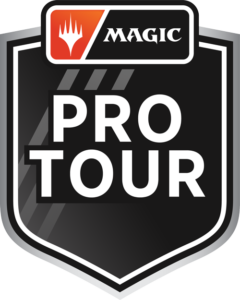 Currently, however, there is no way to chain Regional Championships. If you want to play all the Pro Tours, you need to win a local event almost every single time. Some find this is a perk, but others, like myself, consider it a bug. I won’t judge too harshly, but earning time off from events was something I personally enjoyed. Regional Championships also don’t give any kind of pro points or levels. Just invites are given out, and the top finishers (varying by regional event) will give slots to Worlds. What I don’t like about this leapfrogging is that players who qualify for the Pro Tours will also be qualified for these regionals and incentivized to participate because of these Worlds invites. Let’s say I Top4 Worlds this year and qualify for all the Pro Tours. I’ll still have some pressure to fly to a Regional Championship to try to get first or second place to qualify for Worlds. I’d rather that incentive not exist and those slots get allocated elsewhere. Again, it’s a small quality of life nitpick for those who are already doing really well.

There’s been no announced coverage at the Regional level, which I think is a big deal as events don’t feel special without coverage. While they haven’t outright said there will be no coverage, I think it’s important that it does exist because playing on camera, especially those few times you’re doing incredibly well, is something players want. They want the community to see them playing well, winning, and hoisting the trophy. This is all part of the experience that makes winning feel special and larger than life.

Lastly, it’s a single format at the Regional level. I think multiformat events are more fun and challenging. Playing all the Pro Tours isn’t necessarily on the table for most, but playing the Regional Championships will be an accomplishment and a more likely and reliable means of playing at a high level. I think the events feel more special when they are multiformat, especially if Limited is one of the formats.

I love almost everything at the Pro Tour level. The one thing that’s a bit confusing at first is the term adjusted match points (AMPs). These are match points you receive beyond your third win. It’s a bit obnoxious to track, but my guess is WotC likely plans to do the tracking. With this system, if you manage to qualify for multiple events, you will have a good shot at continuing to participate. You can have a sub-50% win rate after three events, for example, 7-9, 7-9, and 8-8; and with those records you’ll qualify again. That’s a nice safety net. The big issue is initially qualifying for a bunch of Pro Tours in a row. 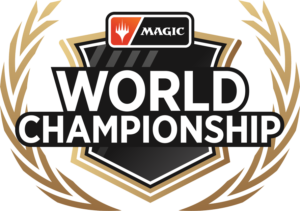 My biggest issue with this policy is being put in this awkward position to play a bunch of matches that may be meaningless to you but you won’t know. Let’s say you qualified for the first Pro Tour, but you had a rough go of it and you’re now sitting at 3-8 with a few rounds to go. Your friends who didn’t make day two are about to go out into the city and do something fun. You’re in the position of playing for likely no or little pay but trying to earn AMPs in case they become relevant. This isn’t a huge deal, and every individual will get to make their own choices, but ideally this wouldn’t be a decision players are forced to make. This also creates weird incentives to concede matches to others. You’re in the position of having no more invitations to anything and wanting to go to dinner with your friends. Your opponent is one win away from a World invite at 3-8. You don’t know if you’ll ever play another Pro Tour match again. They are playing to fulfill a dream. It’s not a big problem, but it would be nice if there was a smoother way to chain invites together, maybe one that counted all-around performance at all levels including regional.

The Pro Tours will certainly feel special, and I think they will be events I almost always watch if I’m not participating. There will be coverage, there will be multiple formats including Limited, and there will be lots of money. This is when you’ll meet the best players from around the world to prove yourself. What this level lacks is continuity. It’s going to be impossible for almost everyone to know if they’re qualified for all events other than the four players at Worlds. This means testing teams will vary from event to event. They may have similar faces, but it will be more of a process to figure out logistics and plan accordingly. This is something people will just get used to and isn’t a big deal.

The last remaining detail to see, which is very important, is the timing of the events with regards to set releases. It’s almost a guarantee that either the Pro Tour or Regional Championships will be in older stale formats that preparing for isn’t fun. I hope the Pro Tours are slated for shortly after release, as the Regional events will feel more like Grand Prix anyways.

If this OP announcement wasn’t a home run, it was a triple at worst. I may have picked some flaws I’d like to see fixed over time, but the shell of this system is excellent and sustainable. Personally, I don’t know how much, if at all, I will engage with the system as my life has changed a lot since the beginning of my career. I hope that I will play another Pro Tour again, but I don’t want to have to travel a bunch to do that. Ideally, I’ll just do well at this upcoming Set Championship to skip the line and go straight to the first Pro Tour. However, even if I don’t plan to participate moving forward, I’ll always be engaging with the Pro Tour as a spectator.

One thing this OP announcement did well was preserve the history of the game we all love. I think the Pro Tour will feel like the Pro Tour again, and to me that was the most important part of this announcement.