Do I have to let my opponent know when they’ve made a mistake?

Yes, you should let them know.

Let’s give an example: you are playing Standard, and your opponent attacks with a Goldspan Dragon but forgets to create a treasure token.

You didn’t tell them and nothing happened, so you take four damage or block the dragon.

There are two possible scenarios:

This could be a situation that can determine the game’s outcome. Even if you end up losing, you should tell your opponent. I know it’s hard, as is life.

Gaining advantage from your opponent’s mistakes is like cheating!

To be fair, you shouldn’t be winning games you didn’t deserve, and it doesn’t make you a better player.

Playing easy matches may be better for your pocket but not so much for your game.

Also, not telling your opponent their mistakes deprives them of the opportunity to improve their game.

Having a healthier and stronger community at your local game store is a win-win situation.

You deserve to win against your opponent if…

You deserve to win if :

Winning only the games you deserve is also a less stressful and more grateful way of approaching competitive Magic.

Being ruthless and doing everything to win tournaments is more profitable, but it’s more stressful and you lose focus on Magic’s most important elements—passion and fun.

If you’re a good player, you’ll win more games playing in a more relaxed environment than a hypercompetitive and stressful atmosphere.

The rigidity of Magic’s rules system has evolved in a more user-friendly environment (so it’s easier to compare to Magic Arena and Magic: The Gathering Online) that highlights the luck and skills of players, but it also relieves the pressure of competitive Magic.

If you lose from it, then learn from that loss and figure out why.

Figure it out, don’t blame bad luck, learn from your mistakes, make better decisions, and become a better player. 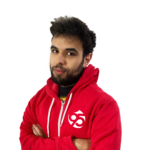 Biagio is an Italian player/trader from Salerno. After starting to play in 2016, he’s trying his hand at all formats, and already has a Grand Prix win to show for it.