Last week we looked at the Pioneer metagame, how it’s evolving, Kamigawa’s impact, and the decks you should play and avoid.
Switching gears, we’re anticipating the arrival of Streets of New Capenna in two weeks and can’t wait to see how it’ll change the formats’ balance. While we wait, we’ll look at some of the cards so far revealed that impressed me. 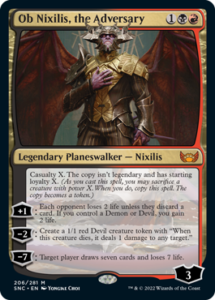 Let’s start with a card that I think is really amazing.

This is a new, three-mana planeswalker that seems destined to overturn the metagame of various formats. When it comes into play, you can sacrifice a creature and create a token that is a copy of this card (though not legendary), which comes into play with X counters, where X is the strength of the creature sacrificed.

Basically, for three mana you could potentially have two planeswalkers on the battlefield. With +1, your opponent loses two life points unless they discard a card and you gain two life points if you control a demon or a devil. With -2, you create a 1/1 devil token that does one damage to any target when it dies. Finally, -7 causes a player to draw 7 cards and lose 7 life.

There are scenarios in formats like Modern that don’t seem beatable. For example, play Ragavan on turn one, attack with it on turn two, play the land and sacrifice Ragavan while casting Ob Nixilis. Then on turn two you have two planeswalkers on the field, and your opponent will be forced to lose 4 life or discard two cards.

This card will strengthen a strong deck like RB Midrange/Sacrifice in Pioneer. Despite there not being the possibility to play it on turn two, the card will make the deck even more competitive.

As for Standard, we’ll have to wait until the end of the spoiler to see what will be given to these two colors, which aren’t currently being played. Maybe it will deserve the splash in decks like Orzhov? This is likely given the card’s power level.

VIVIEN ON THE HUNT 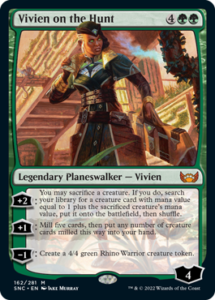 This is another planeswalker that caught my attention. Vivien returns and costs six mana.

With +2, it’s reminiscent of the beloved Birthing Pod. You sacrifice a creature and search the deck for one that costs one more mana and then put it in play. With +1, you mill five cards, take all the revealed creatures, and create a 4/4 token with the -1 ability.

The card seems solid. The cost is high, but its ability to defend itself is a huge advantage. This new version of Vivien can make both advantage cards thanks to +1. It’s a great planeswalker for creature-based decks that play a lot of silver bullets (cards played in one copy each that you can find when needed due to abilities like Vivien’s +2) because it can deal with many situations in the main deck.

In Standard, it will most likely be played in decks like Selesnya Midrange or Ramp, which will likely change their build to make the most of their potential. 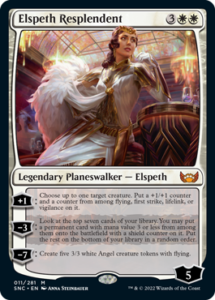 Of the three planeswalkers, this is the one I like the least.

With +1, the card puts a +1/+1 counter on one creature and another counter that gives either flying, first strike, lifelink, or vigilance. It’s a decent ability, but it doesn’t have the impact on the board that you’d want from a five-mana planeswalker.

With -3, you look at the top seven cards of the deck and put a permanent that costs three or less into play with a shield counter. If the permanent with this counter is going to be destroyed or dealt damage, then you remove the shield counter instead. The -3 ability depends on the deck build. There will be some permanent you want to find (like Skyclave Apparition), but I don’t know how to get a precise idea about this.

Finally, the -7 allows you to put five 3/3 angels into play, which is the card’s best function since it comes with five counters, and it will be why the card eventually finds space.

The card is not bad, but I can’t find a deck where it would be good to include. Selesnya Midrange comes to mind, but it’s already hard to play Wrenn and Seven, making finding space for this Elspeth even more difficult. 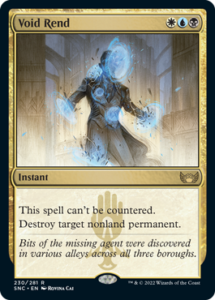 What a great time to be an Esper player! More restrictive than a Vindicate due the third color required, but the fact that it is uncounterable and, most of all, at instant speed, make it an amazing card. 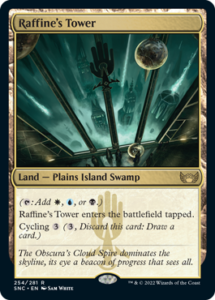 If that’s not enough, the Esper Triome is going to be added to the card pool too, which will make it easier to cast it in what was, until now, a tricky mana base to work with. 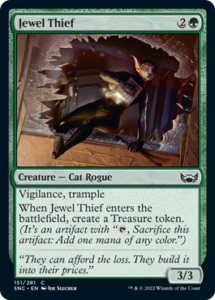 I’m not a Pauper player and I can’t be sure that this card will see play in MonoGreen decks, but I can’t help but notice how commons are getting better and better through years. Limited wise, a 3/3 for 3 mana at common rarity would easily become a format shaper, but adding Trample, Vigilance, and the additional Treasure when it enters the battlefield make me think it is going to be huge. 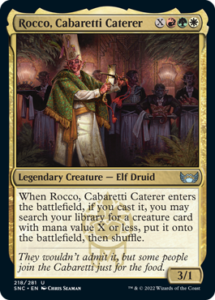 I’m afraid it won’t make it through Constructed formats, but the synergy with cards like Dryad Arbor or Wall of Omens makes it the card that every creature-based toolbox decks player will be excited to add in their 75. 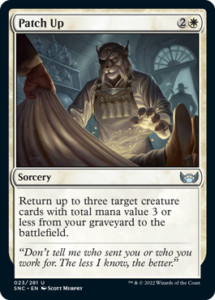 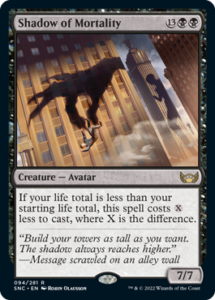 No Forecast ability as Proclamation of Rebirth, but getting back 3 Death’s Shadow from your graveyard is huge, but it’s even better if you have the chance to reanimate 1 Death’s Shadow and 1 Scourge of the Skyclaves, or 1 Seasoned Pyromancer. This card also can bring to life some “Mardu Shadow” decks in formats like Historic or Pioneer (which I hope can exist now that it can count on Shadow of Mortality too).

Streets of New Capenna spoiler season isn’t over yet, but we can already tell that the power level seems to be pretty high this time, and I can’t wait to finally get my hands on the new cards for the next competitive season! 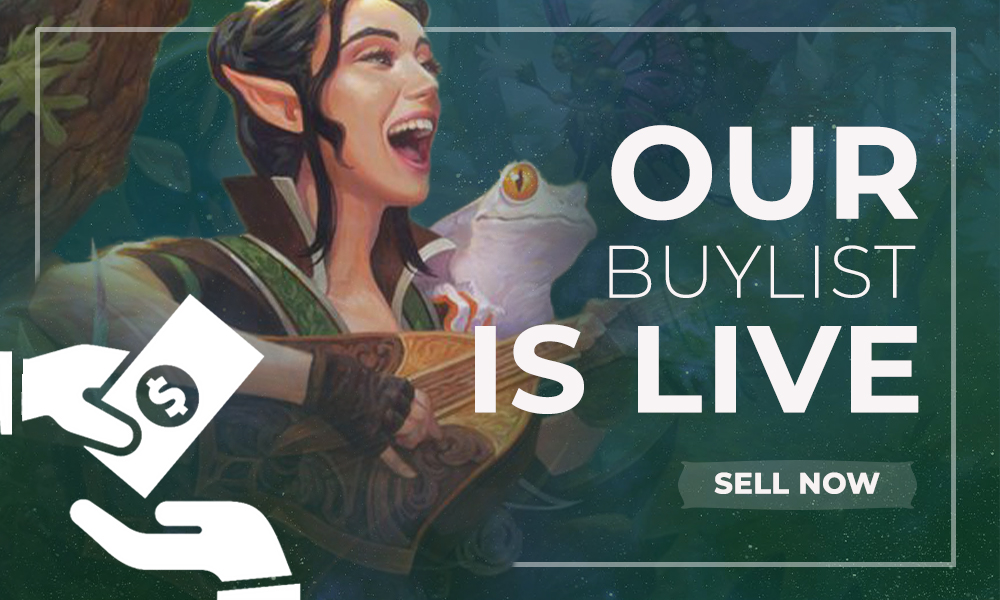