This week, and likely by the time you’re reading this, an OP announcement will be in place. Constructed Magic is currently in such a diluted place that I don’t know where to focus energy to make content on it if I wanted. Standard isn’t used for many events, Alchemy is a fun but unpopular format, and Historic is the same old same old. Because of these things, I’ve just been waiting to see what happens and hoping Limited is back on the competitive menu. For that reason, this week I’ll talk about how I approach my first couple of drafts of a new format.

Drafting a set for the first time is always a fun experience. I like to dive into my first draft or two before I go over the commons and such for Limited. When looking at a spoiler list for the first time, I ignore Limited implications and only look at the cards for Constructed value. Limited, of course, is a different beast altogether.

Here are other tips on what I tend to do and look for in my early drafts.

For my first few drafts, I tend to take a powerful rare or uncommon out of my first pick or two and put the blinders on and force those colors. This gives me a chance to only focus on the one to three colors I tend to draft in my first draft and learn those cards rather than try to learn everything at once.

In your first draft or two, it’s hard to focus on signals too much as you haven’t developed your own heuristics for pick orders in the set, nor do you know the cards all that well. I manage this by locking into colors early and naturally learning how the cards fit in my decks. This allows me to focus earlier on comparing cards against other cards of the same color.

Ideally, mana fixers that cost few or no mana are desired. Cards like Evolving Wilds, Guildgates, or whatever lands are in the format at common rarity are good signs that you can splash a third or even fourth color. Cards like Pilgrim’s Eye or Skittering Surveyor are also premium because they give you extra cards rather than spending three mana on a card like Manalith, which is paying three mana for a land without body left behind to help with combat. 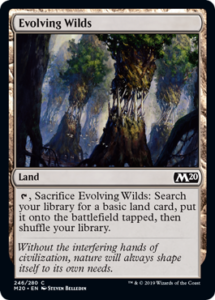 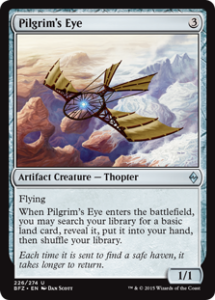 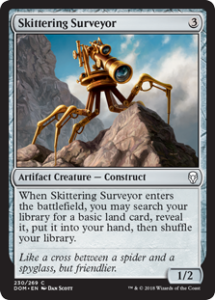 I don’t spend my first two or three drafts trying to play perfect Magic. I’d rather learn my lessons early, so I play into everything. I want to learn the variety of combat tricks and how they play. In my experience, the best way to learn is by walking right into stuff. This will help you internalize the combat tricks early and make a good distinction on how impactful combat tricks are in general. I tend to be very low on combat tricks in almost all formats, but there are some that are incredibly strong and learning that early is useful. 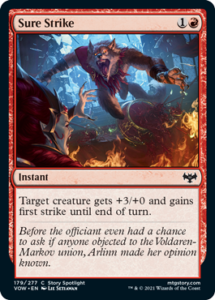 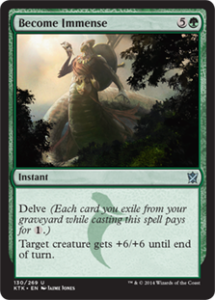 ALWAYS TAKE AND PLAY THE RARE

Some rares are obviously great or bad, but there are many where you don’t know where they fall. Unless it’s the T8 of an important event or something, my advice is to play the card early in a draft format. Learning from your own experiences is important. There are some high win rate cards that don’t mesh with my overarching game plans in Limited. The only way I’m going to learn this is by actually playing them, so early in a draft format I always take rares, even if I know there’s an uncommon better in the pack just so I get the experience. 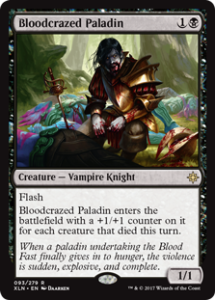 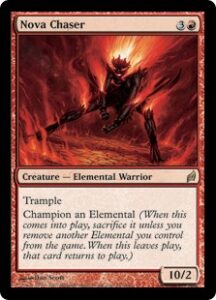 I don’t know why, but early in draft formats I almost exclusively draft a variety of blue decks. I don’t know if it’s biased, but I do know it’s because blue is almost always one of the best colors in draft formats and is often undervalued early. This makes it an excellent support color in most cases.

Blue has access to basically everything these days, whereas other colors tend to have more weakness. Blue can always lean on counters to deal with bombs, and it often gets strong card draw, card manipulation, evasive creatures, and playable removal. The color pie has shifted in a way that leaves blue much less vulnerable in draft formats these days than other colors, so I tend to play it safe.

Blue is rarely the best color, but it’s often strong and rarely left behind. I don’t know how useful or actionable this bit is, but it is something I tend to do early in draft formats for better or worse. 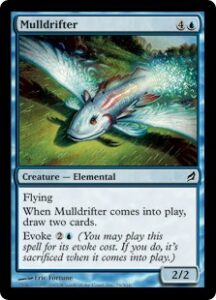 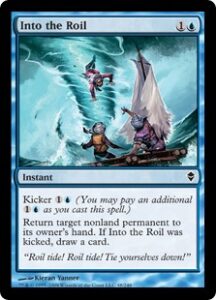 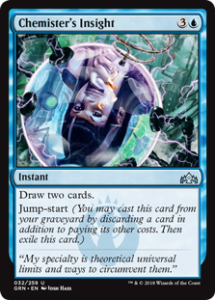 FOCUS ON THE GOLD UNCOMMONS

Most of the time, gold uncommons will tell you what your color pair is intended to be doing. There are rare occasions where what they want you to do and what you should do are different, but early you should focus on the set design and archetype philosophy to determine if that’s something worth doing.

In some cases it’s not worth doing, for instance Dimir in Adventures in the Forgotten Realms was difficult to pull off a rogues-type mechanic that wanted you to make small creatures unblockable. This wasn’t a good approach, and I found venturing into the dungeon to be more reliable to draft Dimir in that format.

More often than not, when the gold uncommon isn’t good, it’s because that color pair lacks depth or is just overall going to be weak. Let the design team steer the ship for you early, and then once you’ve learned what you need to, find your own approach. 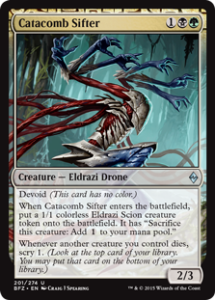 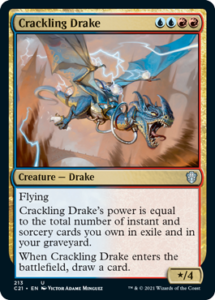 Speed of the format is also going to dictate how greedy you can be. I love being greedy when it calls for it, and I tend to get greedier than most. Why play a bunch of long complicated games when I can just let my cards strongarm the opponent? This goes hand in hand with fixing, but identifying speed will let you know how splashy you can get and how important expensive cards will be.

Imperial Oath was an all-star that few saw coming and that’s because the format was fast, not slow. Three 2/2s was a hell of a way to stabilize against a format full of small creatures. On top of that, it gave you more gas to keep trucking. 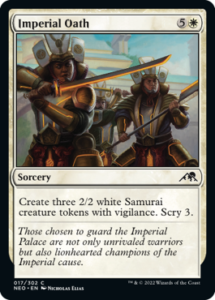 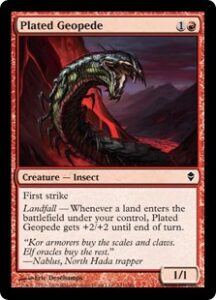 While there are likely other things I focus on, this is what jumps out when I open a new pack for a new set and when I play my first draft or two. Hopefully, you can get something out of it.

With Streets of New Capenna coming out soon and the new OP announcement, I’m hoping we get back to a place where learning to draft for competitive aspirations is important. I’m eagerly awaiting the announcement and will share my thoughts next week. Here’s hoping for good news!